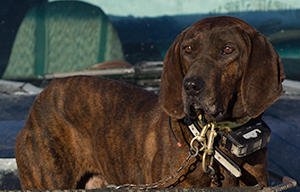 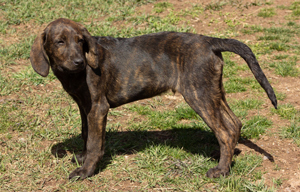 Bob sold all his dog's this year, but Jazzy has a litter on the way. 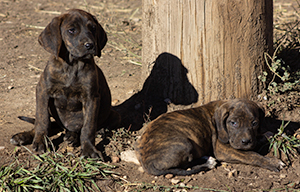 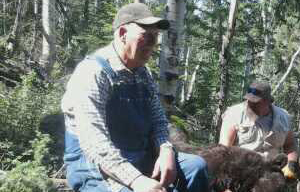 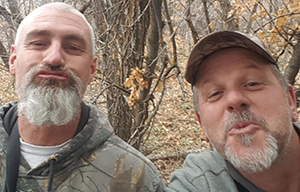 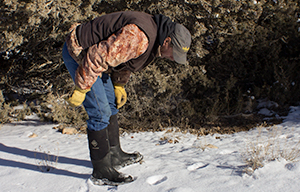 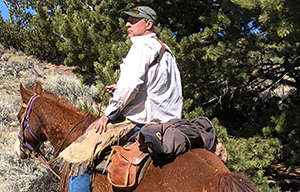 Hounds that put the most stubborn bears in a tree most of the time. 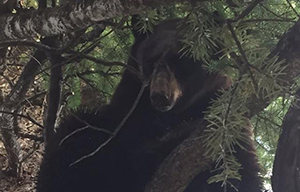 Bob gives all his puppies the same time and attention. 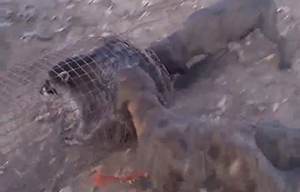 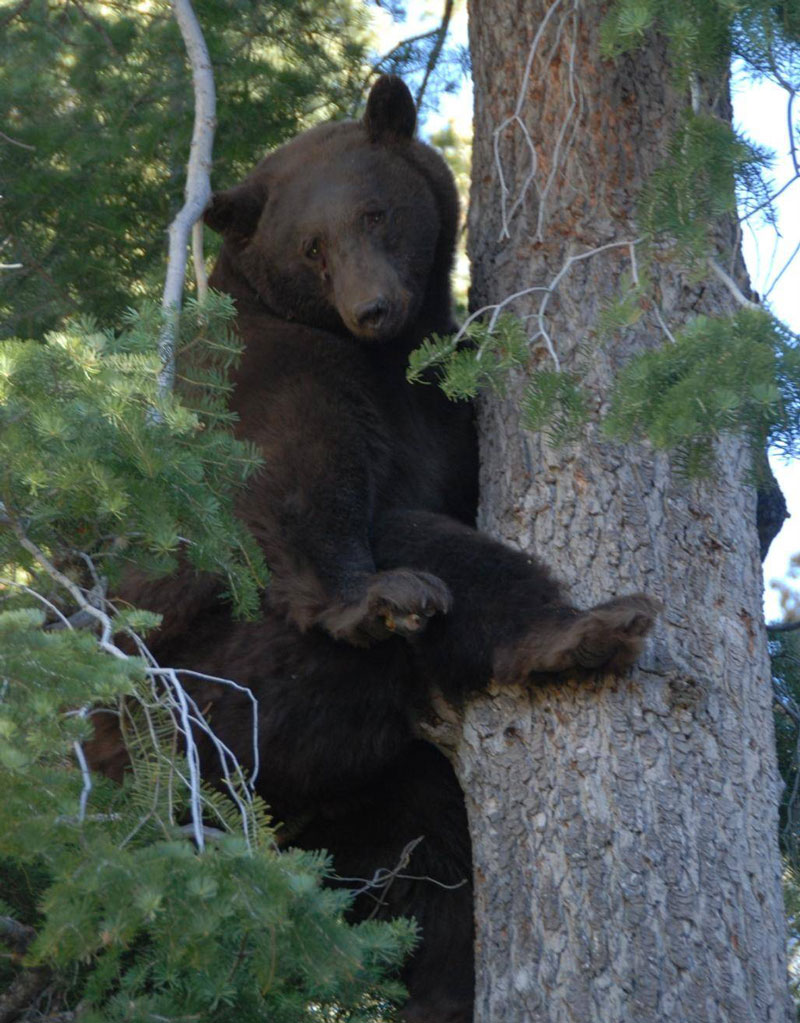 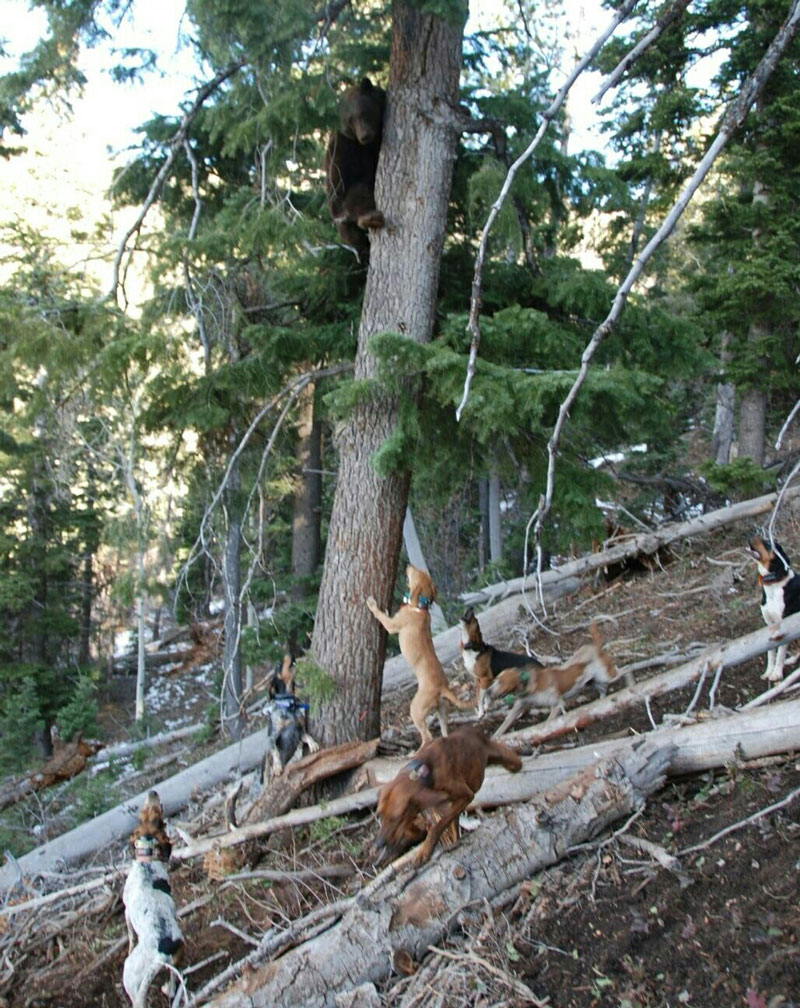 Bob: "The dogs chased this large bore to its den, where it ended up climbing a nearby tree. We could see a large fresh gash across the bear's nose [partially visible on the bear above or to the left]. After sending our boys into the den to take a picture, they quickly discovered that the den was occupied by a sow!

"The bore probably headed for his den, got wacked by the sow, then climbed the tree after meeting our whole pack of dogs." 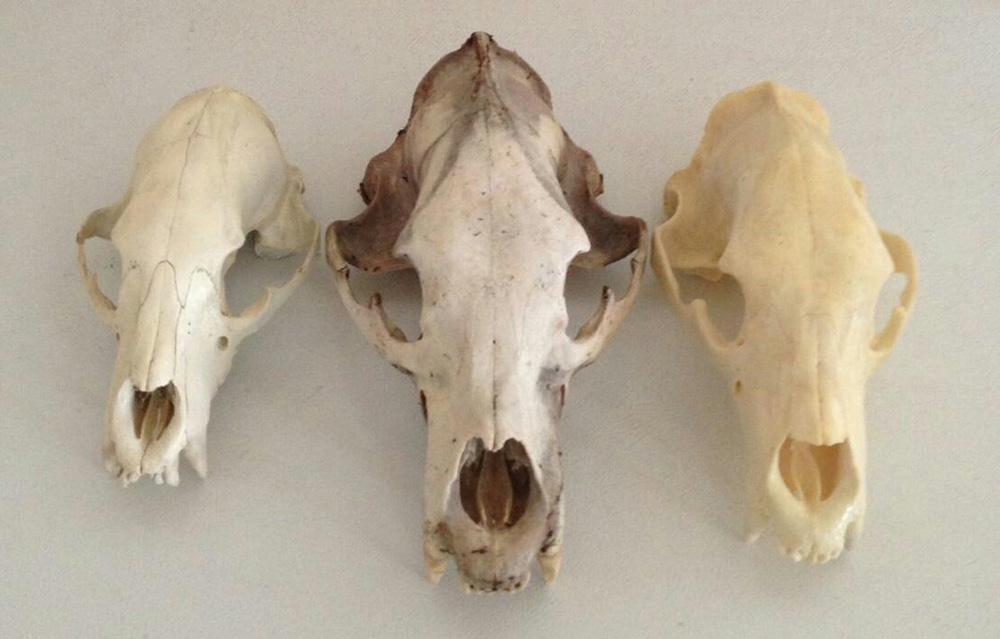 The skull of the bore featured on this page is in the center of two other big-bore skulls for the purpose of comparison. 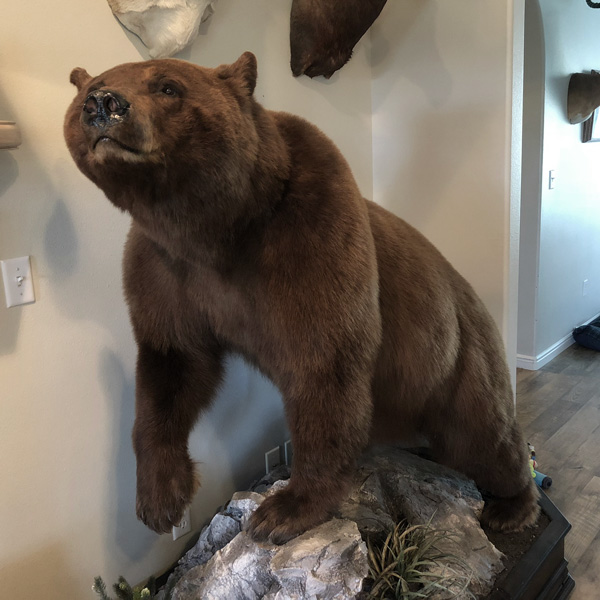 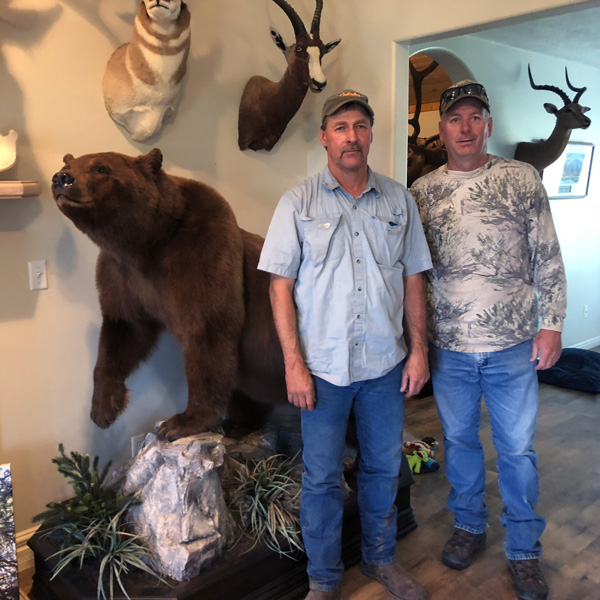 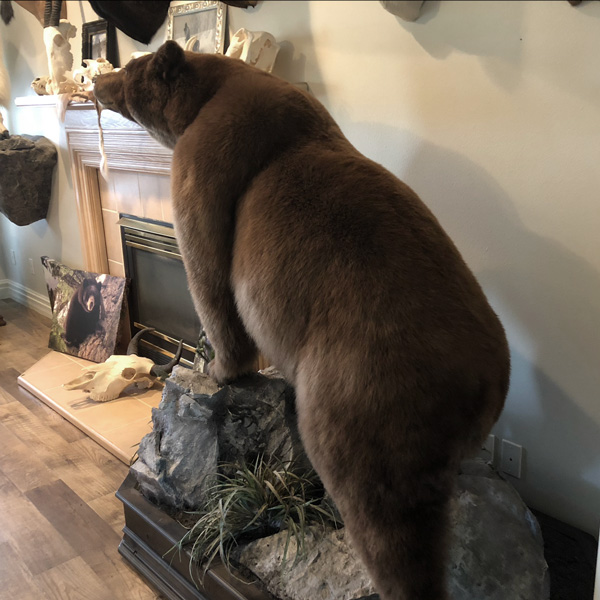 When was the last time you saw dogs tree a bear in a quakie, or do what this bear did (see video)? 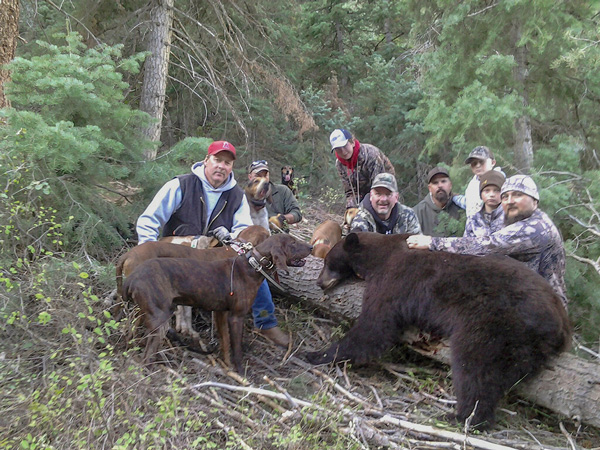 Bob and his dogs are successful every year, often several times a year. The dogs on this hunt included Frog, Sparky, and Barney (pictured). 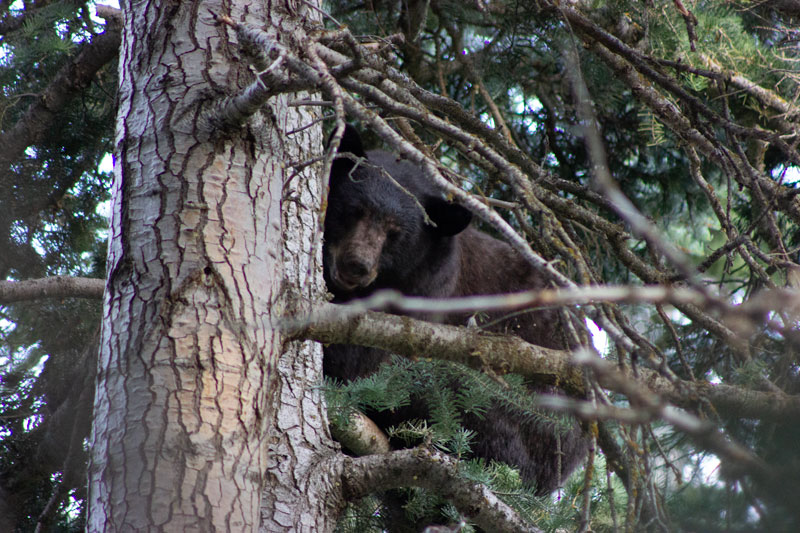 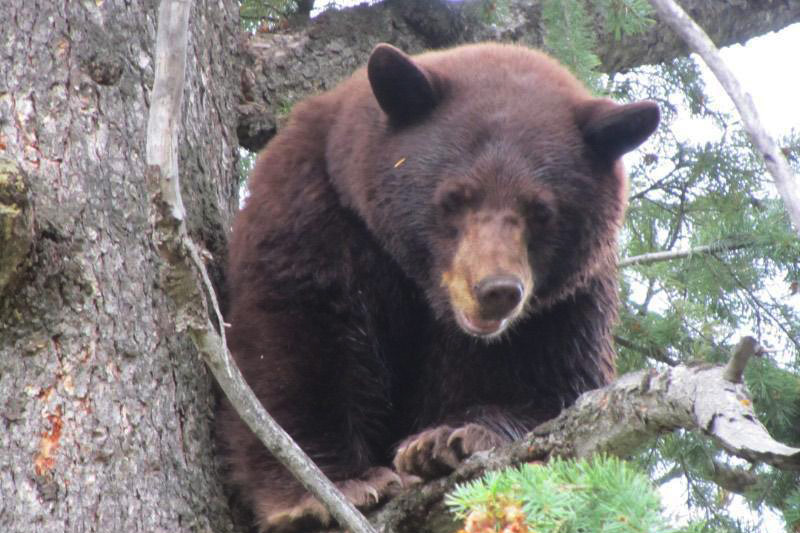 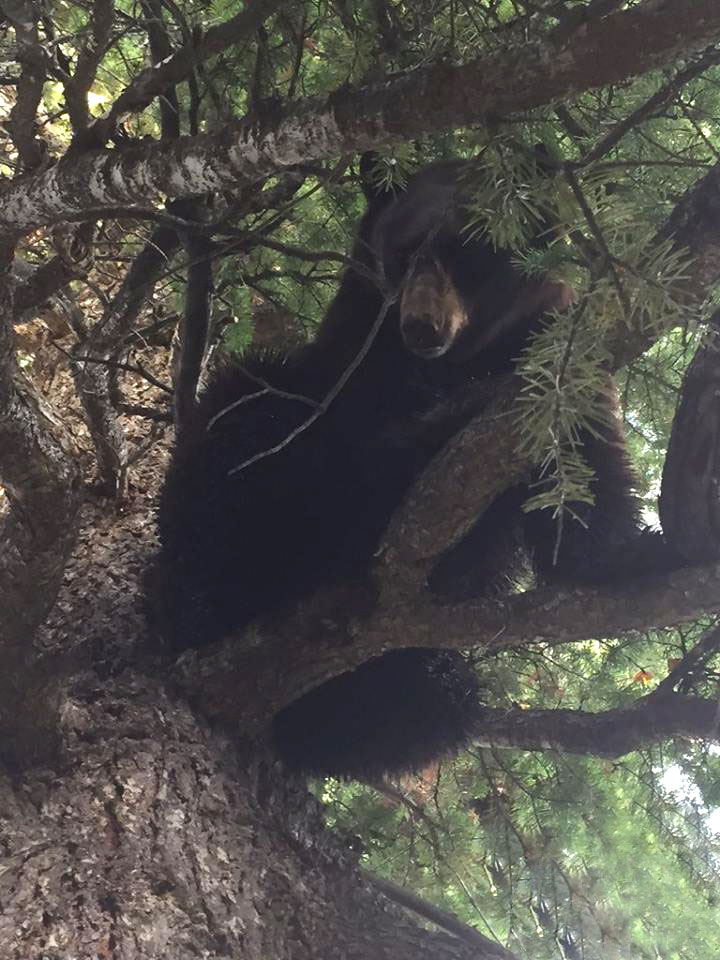 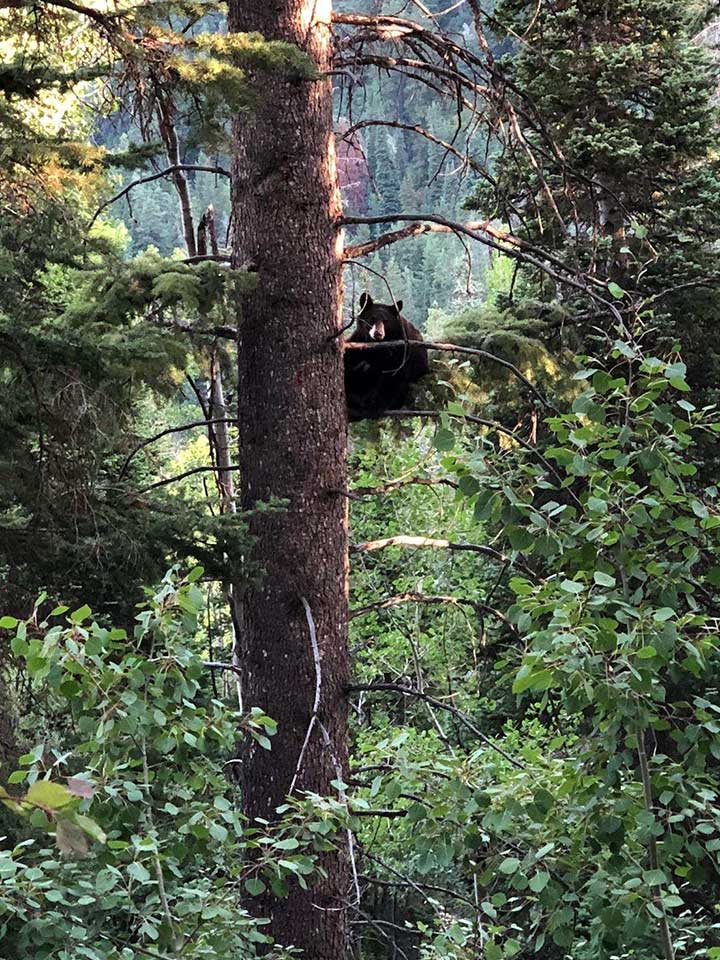 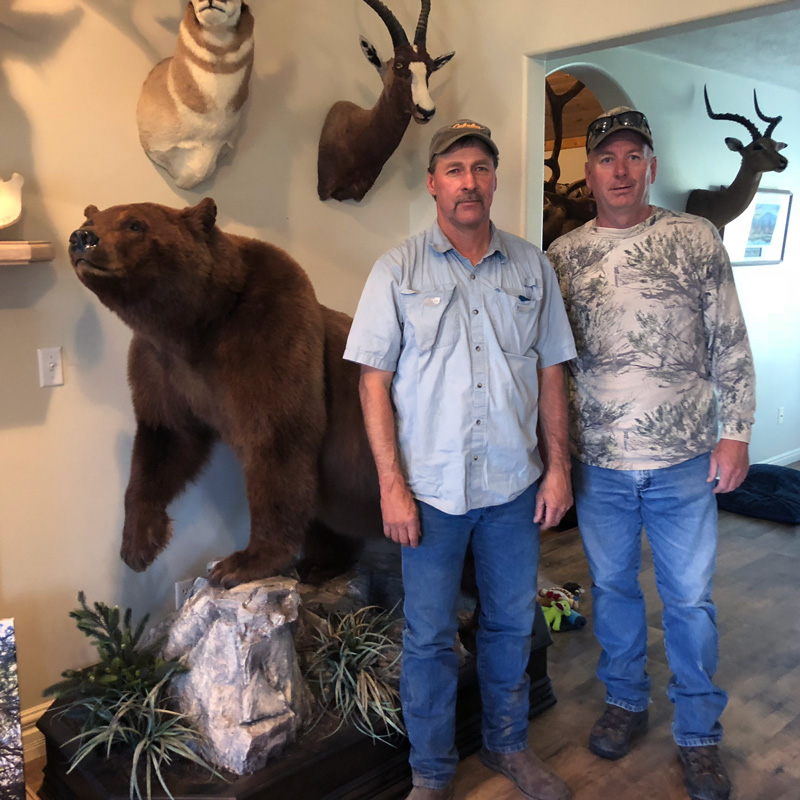 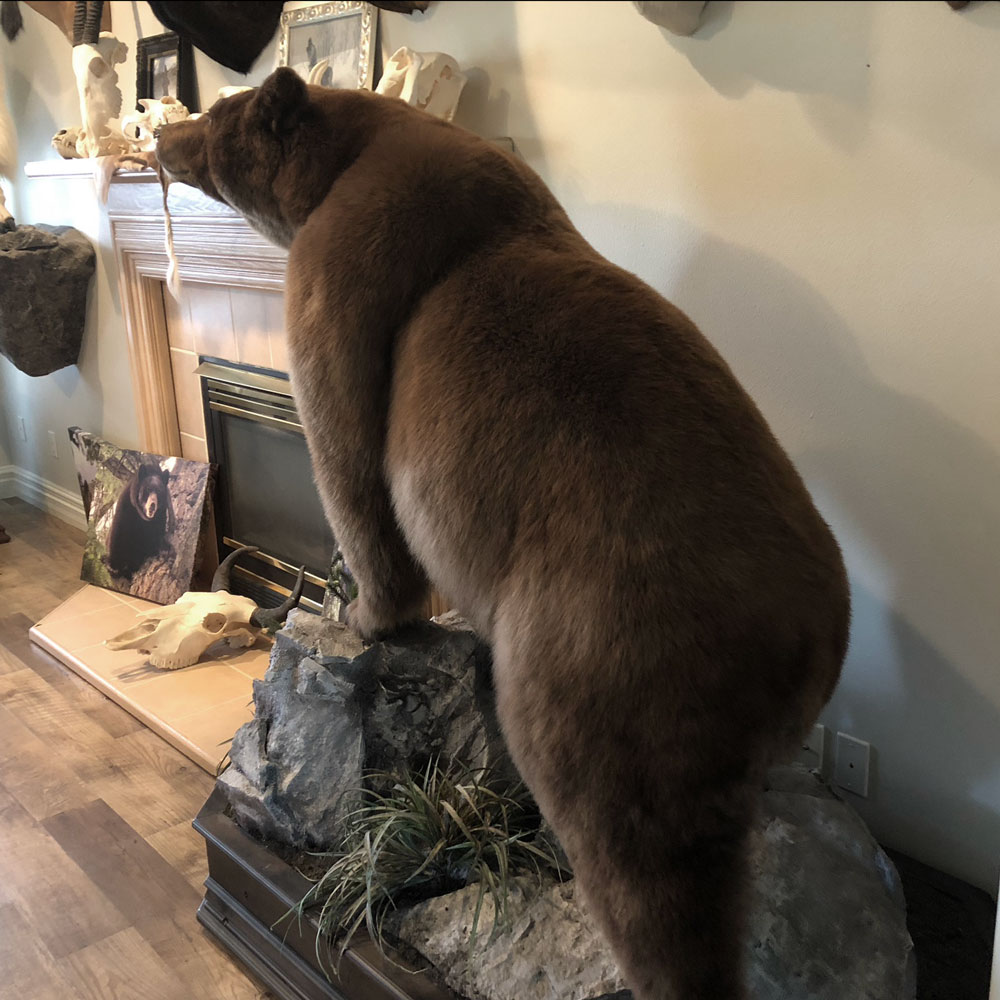 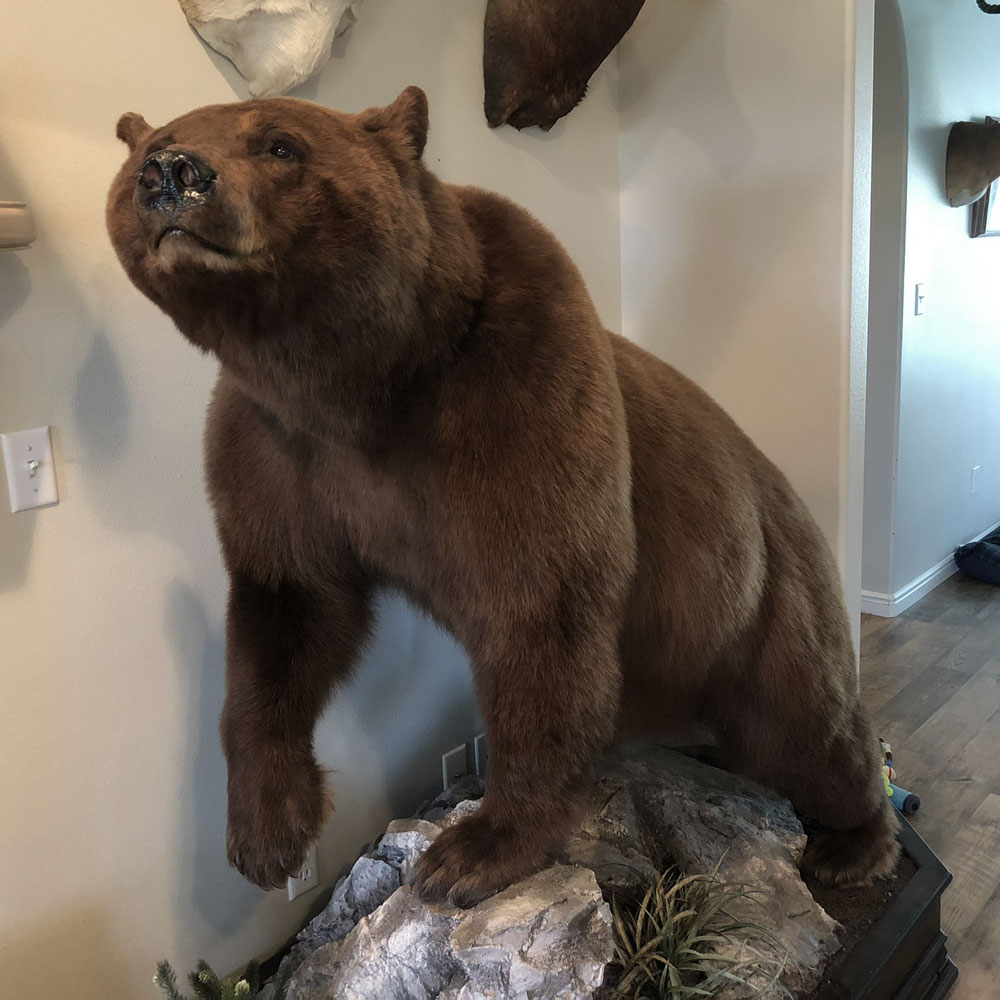 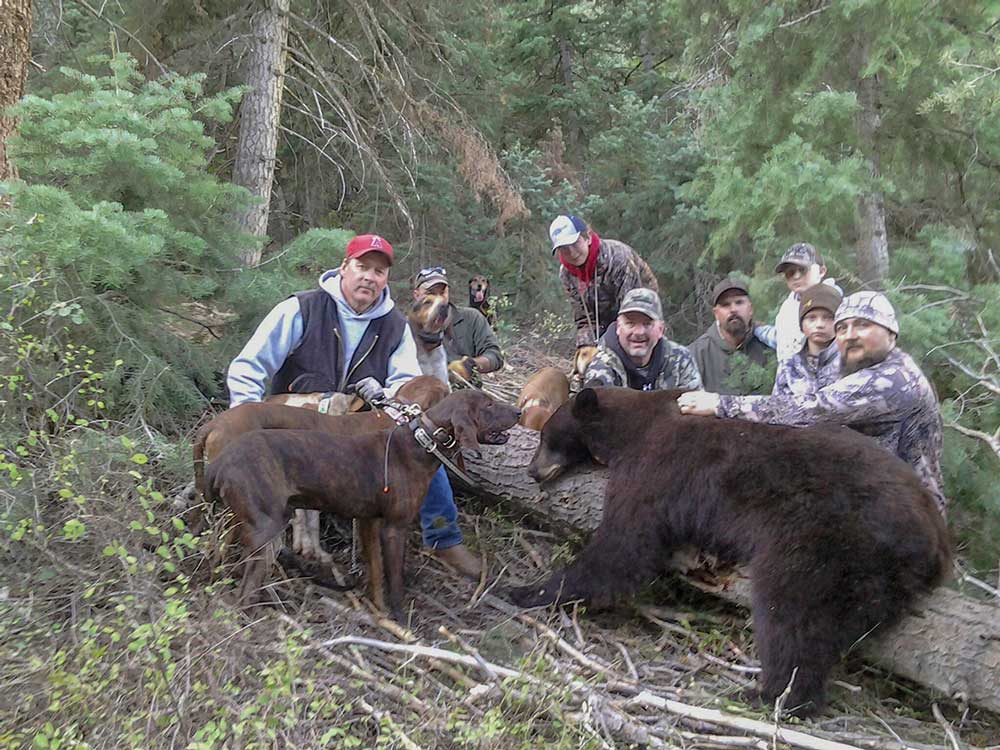 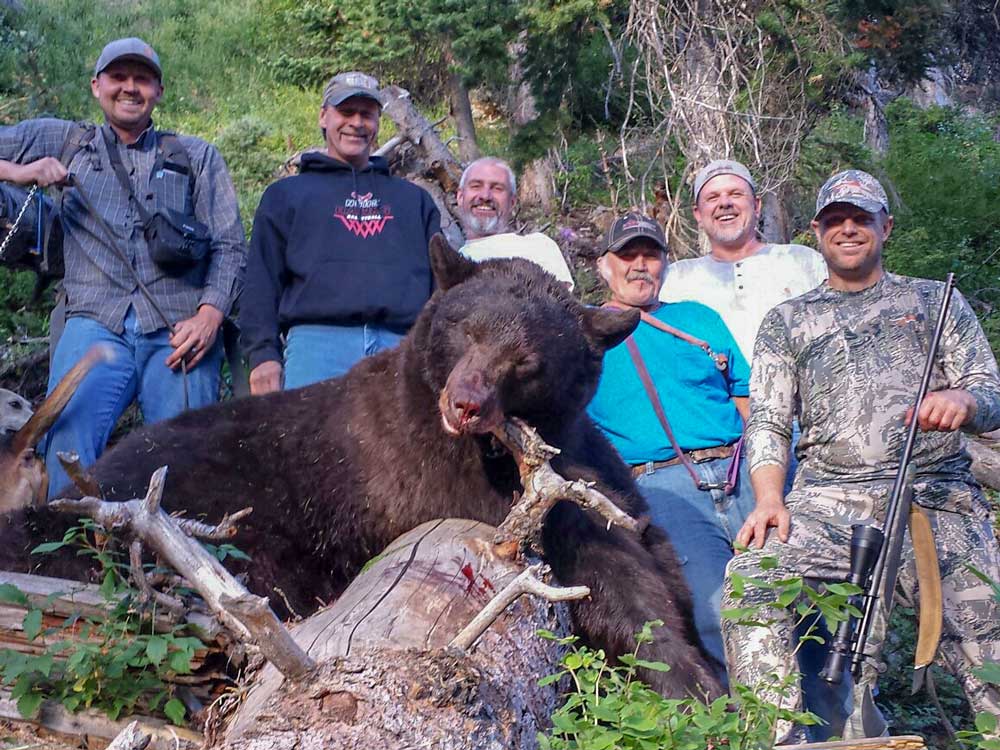